Pain and emotional distress have a reciprocal relation. The amygdala has been implicated in emotional processing. The central nucleus of amygdala (CeA) receives nociceptive information from the dorsal horn of spinal cord, and responsible for the central plasticity in chronic pain. Neuropathic pain is a type of severe chronic pain and can be strongly influenced by emotional components.

Plastic changes in CeA may play a key role in the development and/or maintenance of neuropathic pain. We studied the expression levels of proteins in CeA of spinal nerve transection (SNT) model rats.

Total tissue lysate proteins were separated by two dimensional-gel electrophoresis (2D-PAGE). Gels from different time points were compared using Progenesis SameSpot software, and the spots with Fold Change greater than 2 were excised for the protein identification by mass spectrometry.

We identified more than 50 cytosolic proteins as significantly altered in their expressions in CeA of SNT rats, and most of these changes have been validated at mRNA levels by qRT-PCR. We also identified more than 40 membrane proteins as notably up- or down-regulated in CeA of SNT model rats relative to a control using stable isotope dimethyl labeling nano-LC-MS/MS based proteomics and found that one of such protein, doublecortin, is specifically localized in the membrane fraction without changes in total amount of the protein.

Immunohistochemistry showed that doublecortin is expressed in processes in CeA of rats 7 and 21 days post SNT surgery, suggesting doublecorin is one of the proteins which may contribute to the plastic changes in CeA in the neuropathic pain model. These dysregulated proteins may play roles in reciprocal relationships between pain and psychological distress in the amygdala and contribute to central sensitization. 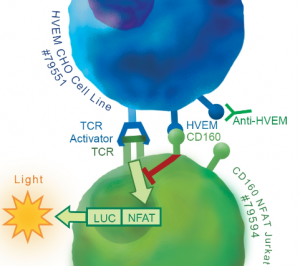